Brand Management is the function of marketing that uses techniques to increase the perceived value of a product line or brand over time.

Effective management of a brand enables the price of products to go up and builds loyal customers through positive associations and images or a strong awareness.

Why Brand Management for your Business?

When Coca-Cola, unquestionably one of the most iconic brands of our time, suffers an identity crisis with the news of its all-time low ranking in the annual BrandZ report, the value of how your brand is managed and reputation handled becomes an even higher priority.

If Coca-Cola, the $80.3bn valued company that spends over $3bn in advertising a year, can still be at the mercy of Brand Identity problems, then what hope for the rest of us?

The emergence and impact of social media over the past 10 years has seen a dramatic rise in the way that brands are identified, reviewed and ultimately hurt by consumer behaviour. The Coffee giant Starbucks now famously hire a huge social response team tasked with the reputation management of its stores on platforms like Twitter and Facebook.

Social customer service is now seen as the new telephone when it comes to airing our displeasures at a product or service that has not met expectations.  10% of all social posts are now believed to be complaints in some order and related to a company's image and reputation.

Essential to your business, brand identity and reputation management start with understanding what is the strategy of your product or service and how that needs to be managed in the digital age.

Creating a fully responsive website and a brand identity that stands the test of time and delivers in the digital world is now a priority.  With over 78% of internet searches now conducted on mobile platforms, the need to bring your brand inline with the consumer demand is ever more apparent

Brand management starts with your website and how it reacts and responds to users.

Understanding the data you receive, the impact you make and the awareness you create is key to the development of any business.

Our Brand Management and MArketing Strategy

Your brand vision is the story of your business that outlines where you come from, and where you want to go. It involves asking the following questions: What is your business about; how do you help people; what goals are you trying to achieve, and how will you achieve them.

For a new brand or startup, its values form the basis of your culture, your service, your product and your communications and need to be defined in parallel to building your business, product or service. For established organisations, brand values are the uncompromising truths and guiding principles that articulate what you stand for.

Your brand name is your story distilled to its shortest form. It must stand for something, be able to grab people’s attention, be timeless, tireless, easy to say and remember and facilitate brand extensions, a tagline and slogans.  Your logo design is the core element of your brand identity and when being developed, must stay true to the company’s values and ideas.

When it comes to creating awareness, brand advertising will encapsulate the essence, values and personality of your brand, and is used to establish a connection and bonding with its intended audience over time. Direct response advertising is used to initiate an immediate response to compelling prospects to take action.

Whether you are launching a new brand, or in the middle of a rollout of a promotional campaign, tracking its performance should be key and integral part of the brand management process. Social Listening on Brand Performance is now a key driver for most businesses looking to measure brand exposure and performance.

Create clear purpose and positioning of the Brand name that has a consistent tone and voice that recognises your true business identity.

For your Brand image, consider the typography, colour, logo, graphic and perception of what it means - in all languages

The people in the business are your Brand Ambassadors - make sure they know what this means.

No matter how strong your brand, it is only as good as your buyers say it is.

Reputation and feedback from past, current and future customers can make or break a business in a social media first world.

Managing your business brand reputation is now a prime responsibility. Let us show you how.

The Need to Control our Online Reputation

In today’s world, online reputation management is essential. The Internet, and more specifically what people say about you online, is perhaps the single biggest influence on your success and that of your business and brand. This is true for businesses and brands of all sizes and sectors around the world.

Our steps to guide you through the process of managing what is said and researched about your brand, start with our 4 core strategy points to identify:

Negative press, content, reviews, and trolls can really harm businesses. 75% of businesses say that online reviews, comments, press and forum posts are important to the financial and reputational status of their business.

It is time to take the Brand Management and Reputation of your Business seriously.

Monitoring your brand reputation can be difficult. Thankfully, there are social listening and brand performance tools that can help understand who, and more importantly why, someone is talking about your brand.

Every business that works or engages directly with end-user customers, must have a response plan of action to social feedback that is positive and negative.  Social platforms score your business on your response and your SEO will appreciate positive links.

Learn how to handle negative responses that are based on engaging a solution to a problem, not redirecting blame or arguing a case. Your customer wants a quick resolution - so have responses ready and a clear plan of action in place.

Focus and build on the positive feedback - this is how you will grow your business organically via customer referral that you nurture and use to increase the awareness of your brand.

As marketing professionals, we are blessed with a smorgasbord of application, software platforms and services that can support brand reputation and recognition.  Selecting the best tools for the job is, indeed, our job.

A troublesome case, we helped outline a plan to combat a number of internet trolls who were creating damaging content and feedback against the Durkan brand.  Our solution was a wider-reaching campaign to highlight the issues but to also reach out directly to the concerned users and formulate a meeting of minds.

If you’ve been on the internet for any period of time, you’ve likely run into a troll at some point. An internet troll is someone who makes intentionally inflammatory, rude, or upsetting statements online to elicit strong emotional responses in people or to steer the conversation off-topic. They can come in many forms. Most trolls do this for their own amusement, but other forms of trolling are done to push a specific agenda.

With Durkan Construction, they had a sensitive case with a group of internet trolls that had a grievance against the business for non-justified reasons - but were a negative influence and serious threat to their brand and business dealings.

Ignoring them, especially in a B2B market like construction where reputation is everything, was not an option.

What we devised, was a simple, but structured and well-planned strategy that followed 5 key points:

We recommended that an instant, direct response was needed because as well as keeping the person complaining happy, a quick response means leaving less time for the discussion to develop, with other online users pitching in and riling up the complainant.

The actions of the trolls were harsh but did have valid points attached.  It was critical to show that Durkan understands their frustration and that they were trying to be as helpful as possible in getting to a resolution.

3. Moving the Conversation to Somewhere Private

It was essential to get the trolls offline and out of the public eye - such grievances had a direct communication line that needed to be addressed, so being the central calming instigator was essential for this process.

4. Keep Calm and Carry On

A cliche, but essential.  The troll situation was a hindrance, but the company message must carry on.  We helped supplement the concern with a strong-willed social strategy that took the eyesight away from the issues, as well as highlighting the charity and sustainable work of the business.

5. Offer Compensation - based on an agreed resolution

Everyone has a point to prove - but not every point is proven.  It was clear we needed to work with the trolls to outline their complaint, but to also highlight the own faults and public liabilities.  We did this in a calm, collected and very public way that saw a positive end for all.

The message leant?  Do not ignore complaints that can escalate and get out of hand.  Out of mind is NOT always out of sight. 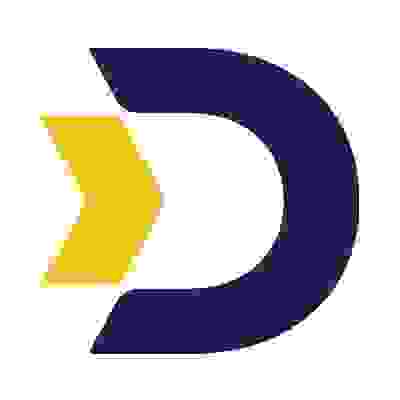 "Brad helped with our digital marketing context where he offered support on a number of challenges we were facing.  I would certainly recommend Brad as he is incredibly knowledgeable and passionate - a great asset to have in your network"